The real reason you don’t have any Japanese friends

You know the language. You know the culture. You know the people. But somehow, you just haven’t managed to make any real Japanese friends. The good news is that it probably isn’t your fault. The bad news? Well…

If there is one thing my decade-or-so in Japan has drummed into me, it is the futility of Trying To Make Local Friends. I have many people I care about and who (hopefully) care about me, but true, life-long friends? Not quite.

This post – as all my posts – will give you an entirely objective, truthful, and well-balanced view of life in Japan. Please feel free to bring a bucket of salt to season the absolute truth you are about to be served.

“I will meet my boyfriend this weekend,” Sayaka said, looking around nervously. Nobody in the fancy Omotesando café cared about this statement. Nobody but me, that is.

“Your what?” I croaked, slamming down my teacup down entirely too hard.

“Your boyfriend? I spluttered, “Whenever did you get a boyfriend?”

Having been her friend for five years and working with her almost every day of those, I would surely be the first to know if she had one.

“Hmm, we dated for maybe three years now?” she said, oblivious to my shock. “He wants to go to Disney Sea, but it’s really crowded.”

“Disney Sea,” I echoed, staring at her in disbelief. She finally seemed to pick up on my surprise.

“I don’t talk about him much to others.”

This little episode sums up most of my Japanese friendships in a nutshell. You can know somebody for a lifetime, but they will still cut you out of parts of their lives without hesitation. So, what the heck is going on? 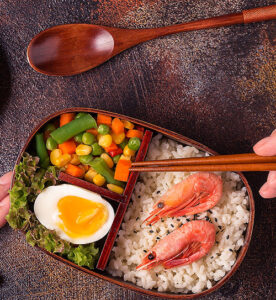 Firstly, you must understand that friendship in Japan is compartmentalized. You may fit into one or two sections of the friendship box, but God-forbid that you should have the entire box all to yourself.

You may be the Karaoke Friend, or perhaps the Midnight-Ramen-in-Shibuya Friend. Maybe you are the Coffee-and-English-Talk Friend, or even the Travel Friend. But you cannot be a cross-breed of two or more categories. That is entirely too much sharing for one person, you see. Let’s not be greedy.

When was the last time you had a deep and profound discussion with a Japanese friend? Say, about the underlying causes of the Israel-Palestine conflict? Or the dilemma of climate change and the problem with plastic in the oceans? What about the meaning of life and our place in this world? Or how hopeless the hamster wheel of modern work culture feels?

I am willing to bet that 95% of all your conversations revolve around food, travel, work, your country, whatever is on NHK and how incredibly atsui or samui it is. This is especially true for people who have never been outside of Japan. The point is, you can’t explore the depths of the sea if you are stomping around in a puddle. And you most certainly cannot create profound, life-long connections without a deep dive or two.

If you are lucky, you will get upgraded to the kid’s pool sometime during your friendship. But you might just never be invited to the ocean. It is, after all, dark and full of terrors. 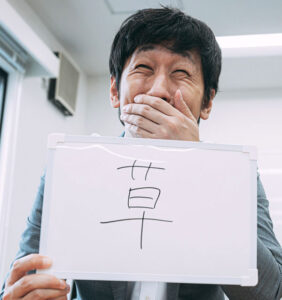 Japan is the kingdom of slapstick comedy and wordplay. It is the country where sarcasm and irony come to die. You can safely assume that your witty, dry remarks will fly right over your friends’ heads. Any stand-up comedy clips will be rendered as worthless as the Reddit meme references you’ll make. One does not simply joke with the Japanese.

If sarcasm is indeed the lowest form of wit and the highest form of intelligence, I am afraid you’ll find the latter lacking in Japan.

But on the bright side, you’re guaranteed to share many laughs with your Japanese friends if you are into punishing game shows, cheap puns, and slapstick. So there is that.

It is cold outside

As the outsider and gaijin you are, you just have to come to terms with the fact that it might very well be easier to climb Mt. Everest than to make real Japanese friends. The outside (soto) is a cold place, especially if you are one of the Nihongo Wakarimasen people.

As the true optimist I am, I have tried many ways to hack my way through the cultural ice wall of this country. I have actively sought out people who share my interests, who’ve lived abroad, who are somewhat unconventional. But despite my best social endeavours, I’ve ended up being blindsided by surprise boyfriend reveals years into friendships I’ve poured my heart into (cue sad violin).

If you thought the Chinese excelled at wall-building, think again. The real masters are the Japanese, and you better bring some climbing gear if you are up for the momentous challenge of scaling them.