Dating in Japan as a foreign woman

Dating can be daunting venture, regardless of where you are in the world. Add cultural differences and language barriers to the pot, and you’ll have yourself a lovely trouble soup. So without further ado, let’s open the lid on Japanese dating!

But before we jump in, I trust you understand that every single word of this post is the objective truth and should be taken extremely seriously. I would not dream of generalizing or, you know, write mockingly about the significant and ponderous topic of Dating. You are warned. 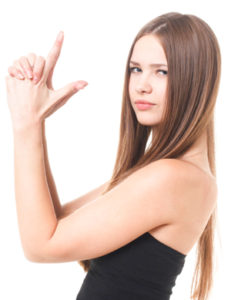 So, what’s dating in Japan like? Well, for the countless LBHs who have transformed into super Casanovas upon arrival, I’d say pretty good. I mean, being the center of female attention can’t be too shabby. But what if you’re an ugly duckling? A shy little flower? Will Japan let you become Aphrodite reincarnated? Yeah…no. So much no.

Foreign ladies are scary
Everybody knows that foreign ladies are assertive and loud. They hold their own doors, pay their own bills, and fix their own pipes. But most of all, they have unreasonable expectations on men. For one, they expect their men to say “I love you” every day, give them flowers and serenade them à la Hollywood. They also expect them to do household chores (as a part of their paternity-leave training). One day, these piranha women might even want to hold hands in public – can you imagine? How are Japanese guys supposed to deal with all this pressure? Better to just avoid Western women, really.

How lady-like are you? 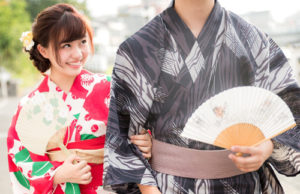 You must understand the competition. You’re up against soft, petite, lovely Japanese ladies who have perfected the art of being kawaii. Bashful smiles, non-confrontational tones, and wide-eyed fascination come together in a deadly combination with excellent makeup skills. They are also pro at things like walking 0.5 steps behind their men and downplaying their intelligence (see controversial HKT48 song about how “cute” is better than “smart“). One day, they will be perfect wives making perfect bento boxes for their husbands. What can you do, you tomboy? Burnt toast? (incidentally one of my specialities, alongside burnt omelettes).

Japanese dating 101
So, what if you are a Western, awfully independent woman? (no, not the Beyoncé variety) Well, if you’re anything like me, you’ll charge straight in and save thinking for later. In concrete terms, that means Tinder, Japanese dating apps, bars, gokons and everything in between. The amount of boring dinners, lunches and Starbucks dates I’ve suffered through have, apart from accumulating into a pile of wasted time, also enabled me to present some solid research results in this area.

Shy Sato
If you’re looking for conversation, this isn’t your guy.

Although he is unfailingly polite, his bottled-up emotions are buried away so deeply, the word “stone-faced” will take on an entire new meaning. Shy Sato will agree with everything you say and avoid eye-contact during the inevitable long gaps of silence of your date. When he finally gathers his courage to ask you something, it will be safe questions like “Why did you come to Japan?” or “What Japanese foods do you like?” In short, he is petrified to be on a date. With a Foreigner. Speaking about Things. Eating Food. Holding a Fork. Drinking Foreign Wines. Communicating. Making eye-contact. AHHH! If you ever get serious with a Shy Sato, don’t expect him to take initiative – ever. Don’t expect him to say “I love you” – ever. He is high-context culture personified. No need for pesky words.

Bando is the centre of attention. You know, that un-Japanese guy with the loud laughter you can hear across the room. Bando loves his bleached hair and spends hours styling it to oblivion. He knows he’s special, cool and funny. But most of all, he needs you and everybody else to acknowledge this undisputable fact. He’ll make jokes, flirt shamelessly and flaunt his bravery by approaching you – The Foreign Woman. The plastered on, white-knuckled, fake confidence gets old after a few hours, but not as old as the English “I love you” he’ll start parroting after a few drinks. Clearly not boyfriend material. 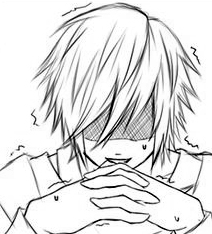 This guy’s deal is to constantly feel inferior to the imagined virtues of Western men (and women). He will fish for reactions with comments like “Oh, but Japanese men are so short and so shy, right?” or just straight up “Do you prefer Japanese or Westerners?” Usually his type has never been outside Japan, which adds oil to the roaring fire that’s his inferiority complex. Naturally, Ito would instantly feel terrible if you were to talk about your solo travels and international experience. God forbid you earn more than him and/or went to a better university (see controversy on Japanese ranking universities by how “easy” their girls are). If you don’t fancy boosting his ego all evening, I recommend you abandon ship. Fast. 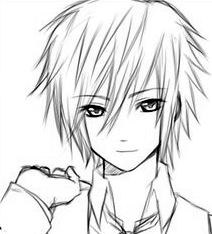 Now this guy has been places. Where, you ask? Ah you see, actually, he spent his high school years in London. Actually, he attended Tokyo University. Actually, he did an MBA abroad. Actually, most of his friends are foreigners. Actually, all of his ex-girlfriends were foreigners too. Oh, and he works for an international organization with lots of foreigners around. If you like your sandwich with EVERYTHING ON, this is your guy. Imai is a rare breed and enjoys his special place in Japanese society. Privilege is the name of the game. He would quite enjoy the perks of a foreign girlfriend/wife. But don’t be deceived. His international-family-in-Japan fantasy is only a part of his chronic Special Snowflake Syndrome. 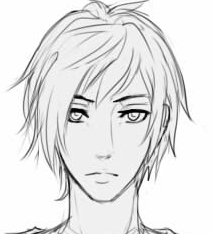 Also known as the Japanese Boy Who Used To Have Dreams. Now his dreams are long-forgotten and his motto is “live to work”. If you’re into unromantic weekday dates after 21:00, this is your guy. Weekends? Forget it. He’s got work engagements. Want to call him up for some spontaneous fun? Sorry, he’s at a nomikai with his colleagues. Well, does he at least have hobbies? Thanks for asking. He likes eating nice food and drinking nice beer. So that’s nice. Once upon a time he used to be in the kendo-club at university. But now he is adult and doesn’t have energy to do things. So why would he go out of his way to find a datable foreigner? Beats me, to be honest.

The bottom-line is that your foreign-ness will always be the elephant in the room. So why don’t you just date a bloody gaijin instead? Well, if you’re into any of the following types, it might just be the thing for you: 1) Complaining, bitter men who’ve been here too long 2) Eternal weeaboos who see Japan through rose-coloured glasses 3) Short-term sweaty students from Germany.

But let’s be honest. Most of the above prefer Japanese women anyway (Casanova treatment). So, your chances aren’t all that great, are they? You better keep holding your own doors and fixing your own pipes. And seriously, don’t trust online articles about dating.

23 thoughts on “Dating in Japan as a foreign woman”